In Europe the bell tolls for energy

Europe has taken action as the result of increasing energy demand, the Gazprom Empire – which became known during the Ukrainian crisis – and the much feared global warming. Experts are seeking a magical solution that will both satisfy the growing demand and slow down global warming.

Last week 51 experts and representatives of oil giants from across Europe gathered for three days to discuss the continent's energy challenge at a Wilton Park Conference in England. The original aim of Wilton Park Conferences, the first of which was realized by Winston Churchill 61 years ago, was to create a more democratic England. Today, it is an event where not only England's but the whole world's problems are addressed.

Energy experts determined there is a need to find solutions to the following scenarios: a 50 percent increase in energy demand by 2030, China opening a new coal-operated power station every week, Europe's growing dependence on Russian oil, and an ever-warming earth mainly due to fossil fuel consumption. These challenges brought representatives of oil giants along with civil society and government experts under one roof in Steyning.

The Wilton Park conference forbids the attribution of quotes to the participating speakers. This enables speakers to express themselves freely. The passages below are attributed to the speakers and the views expressed are theirs. According to this year's conference, the energy crises on the horizon will be much different from those the world has seen in recent centuries.

Problem of demand:
The demand for energy is rising around the world. The leaders in this area are Asian countries, with China and India as the principle players. On the other hand, even though demand in Europe and northern America has been increasing more gradually, with their already-high consumption rates, these Western countries are afraid of becoming dependent on foreign oil. Fifteen years from now, the European Union will be reliant on external resources in all forms of energy. This, in return, brings about disputes like the one between the EU and Russia, or more precisely, the EU and Gazprom – a dispute that made its mark on the conference. The EU is asking for lower prices and trade under free-market conditions while making plans for exploring its resources in North Africa. The rise in the popularity of liquid natural gas (LNG) will be inevitable.

Carbon sequestration:
The total time current energy resources will last is estimated to be 40 years for oil, 67 for natural gas, and 160 years for coal. Even when the demand for all these fossil fuels is satisfied, the level of gases causing the green house effect, which should be decreased by 30 percent in 2020 and by 80 percent in 2050 according to research, will soon reach an all time high. It is clear that the European Carbon stock exchange, which started its operations on Jan. 1, 2005 and has reached 14 billion euros, will also be peaking, but what is not clear is whether there will be a living buyer left to trade. All these predictions can be averted with the implementation of a project supported especially by big energy firms.

Utilizing the carbon sequestration technology, gas and oil beds will be filled with CO2 gas, which causes global warming. For example, the carbon dioxide in natural gas will be forced back beneath the earth after it has been separated. The experts seem to be in accord about the necessity of this process which requires an additional cost. The method has been put on hold until the price of carbon dioxide, which is currently 4 euros per ton, rises to 20-25 euros. Then, instead of paying this same price via emission trading, the companies will invest in carbon sequestration technology. It must be due to the hopelessness of the situation that environmentalists do not bother to oppose the method, which they viewed with skepticism a couple of years back. 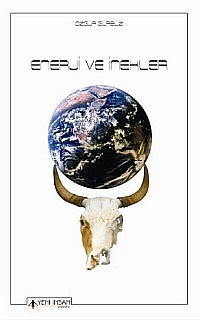 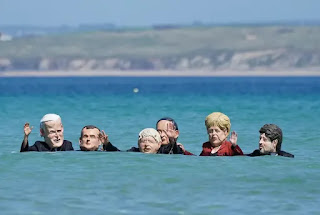